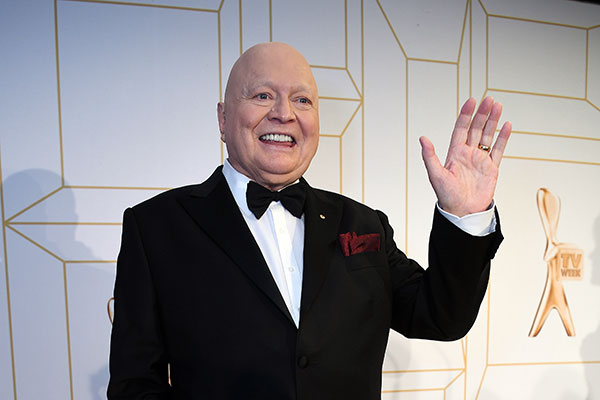 Australia is mourning the loss of one of its greatest entertainers following the death of TV and radio star Bert Newtown at the age of 83.

Newton, long considered the king of Australian television, passed away on Saturday after a lengthy battle with ill health.

Bert Newton first came to public attention at the age of 15 when he began working as a radio announcer on Melbourne station 3XY in 1954.

Two years later he was signed by Channel 7 months after the launch of television in Australia.

In 1959 he switched to 9 and became co-host of In Melbourne Tonight, better known as IMT, alongside good friend Graham Kennedy.

The pairing was an instant hit, sparking a 14-year run that cemented Kennedy and Newton as television legends.

In 1992 he switched to the 10 Network where he hosted Good Morning Australia before returning to 9 in 2005 to anchor Bert's Family Feud.

His glittering career included being twice crowned the King of Moomba, Victorian of the Year in 2008 and no less than four Gold Logies.

He also hosted the Logie Awards for 14 years in a row.

In later years Newton took an increasing interest in theatre, appearing in major productions including Wicked, Annie, The Wizard of Oz, The Producers, Grease: The Musical, The Rocky Horror Picture Show, The Sound Of Music and Beauty and the Beast.

In March of this year, Bert was admitted to the hospital where he underwent a leg amputation to save his life.

He is survived by his wife Patti, daughter, Lauren, son, Matthew and six grandchildren.

Photo: Bert Newton waves after chatting to the media at the 2018 Logie Awards (AAP Image/Dan Peled)